We are still open for business online. You can browse our up-to-date stock list and contact us online from the comfort of your home.

Register Your Interest
<<< Go Back 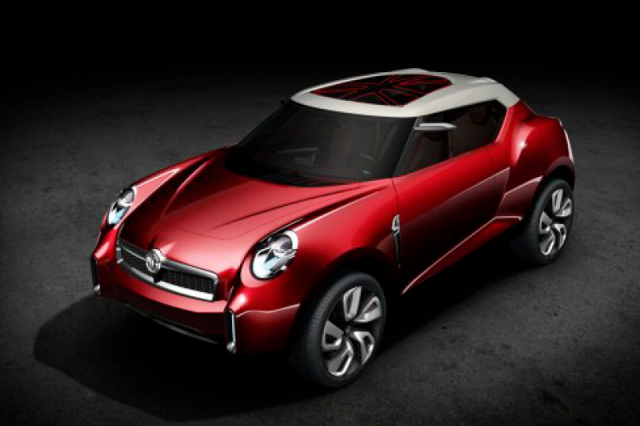 MG unveiled the MG Icon concept car to stunned audiences at the Beijing Auto Show in 2012.

It’s the first SUV concept car from the company and was created by the MG global design team headed by British director Anthony Williams-Kenny. The MG Icon takes inspiration from some of the legendary brand’s most famous sports cars including the MGA and MGB GT. Williams-Kenny said:

“The MG brand has a unique set of values and heritage and allows us to offer individual design values to our products. The MG Icon represents our vision of a modern MG and we feel that the small SUV canvas demonstrates MG’s capacity for progressive design with respect for its long heritage.

We have balanced familiar brand cues, such as the wide and powerful front end graphic interpretation and, as one would expect, with a strong focus on the unique MG octagon.

The MG Icon clearly demonstrates a progressive and soulful British spirit and has a lithe and powerful stance – its proportion harmonised by feature lines interpreted from MG’s iconic greats.”

The MGB GT inspired rear with structural lamps mounted on top of haunched wings are another highly distinctive feature of the design. The MG Icon has a four ‘shell’ seat layout. The rear seats can fold down completely into the floor, making the compact SUV versatile and functional.