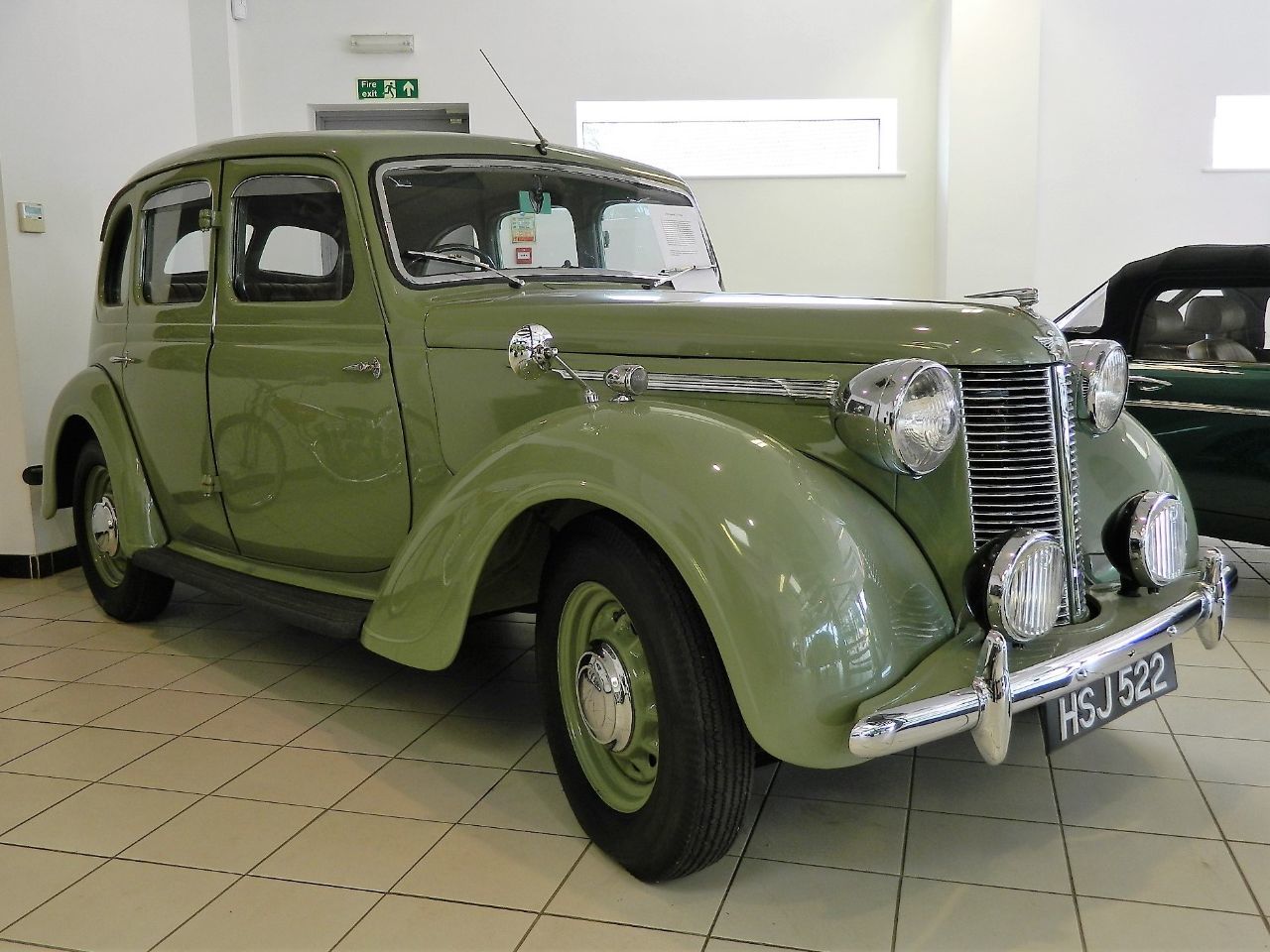 x 12
Call Whaplode Drove, Near Spalding on 01406 330265
Please rotate your phone for a better view
Photos/Videos

This very smartly presented Austin 16 was introduced immediately post-war, with the larger 2.2-litre engine (the first OHV unit to be fitted by Austin) and improved four-speed manual gearbox. It boasts an interesting history, having been initially employed as a Royal Navy staff car aboard HMS Implacable and HMS Indomitable, as which it travelled to the Far East, Australia and New Zealand. Wearing its original registration, 'SSV 586', it starred in a number of films and TV series during the early 1990s. A nut and bolt restoration was undertaken between 2010 and 2012 by Fisher Restorations, renowned for their concours winning restorations of Bentley, Lagonda and Alvis vintage & classic cars. A complete box file of paperwork exists for work carried out over the years. This includes 30 pages detailing each part of the restoration, along with discs containing almost 700 photographs. The Austin's bodywork, Green paintwork, Tan interior trim, and four-cylinder engine are all in 'exceptional' order. A splendid example of a relatively rare breed.