We are still open for business online. You can browse our up-to-date stock list and contact us online from the comfort of your home. 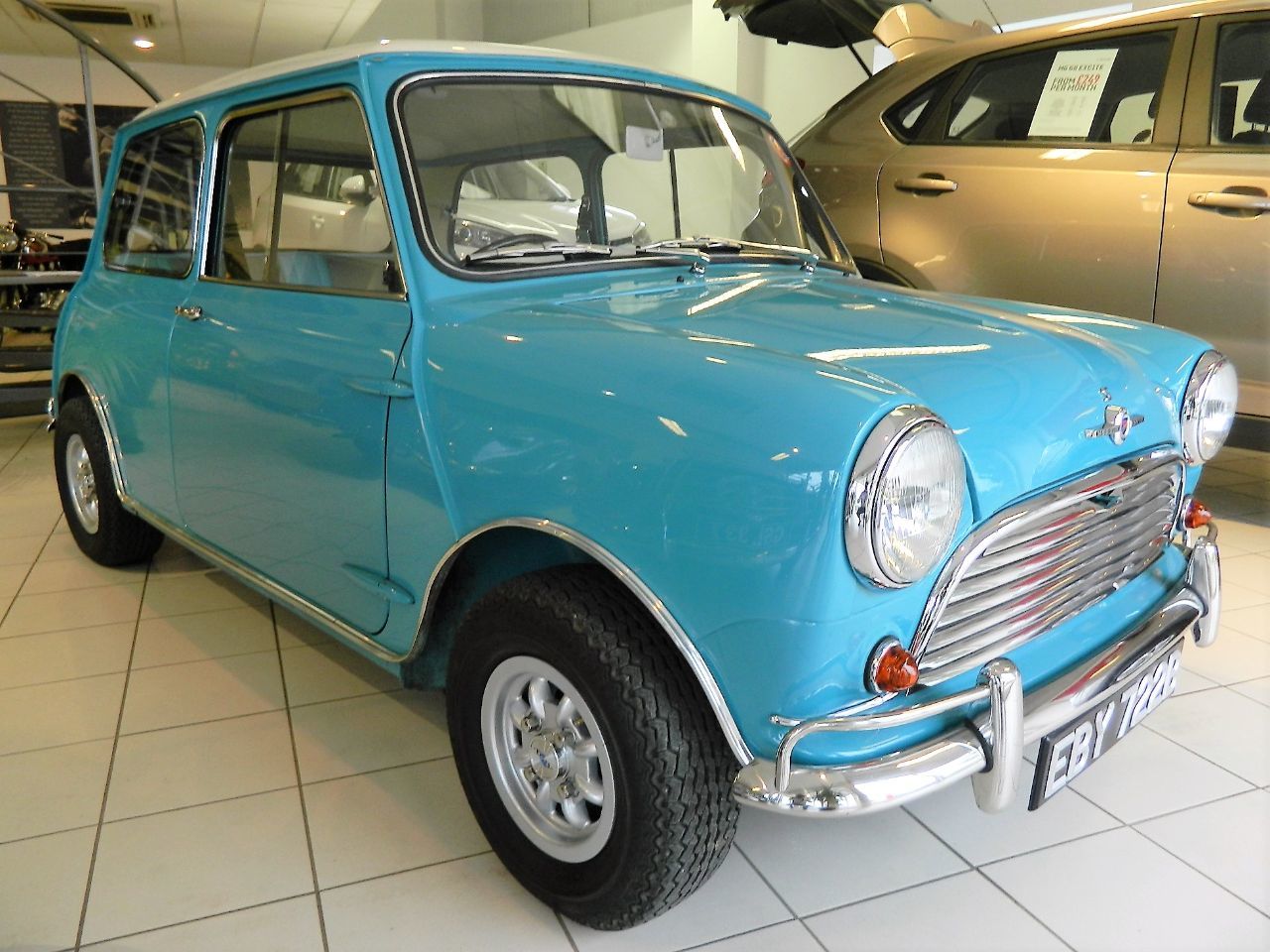 x 25
Call Whaplode Drove, Near Spalding on 01406 330265
Please rotate your phone for a better view
Photos/Videos

Fully restored over a three year period on behalf of and by it's then owner, a retired aircraft engineer. On completion, the car was sold to a new owner in 2016. It comes complete with photographic record and invoices totalling around £22,000 for work undertaken.

Every part of the car is either new or refurbished including the engine, gearbox (all synchro), new 'dry' suspension, brakes, wiring loom, wheels, tyres and stainless exhaust. The new interior was supplied by Newton Commercials and the refurbished speedo was set to zero. Just 550 miles have been covered since.

On behalf of the DVLA the car was fully inspected by the Cooper Register and authenticated by them as a genuine Cooper S manufactured in October 1964 and was subsequently issued with the current registration number and VIN.

At the request of the DVLA, I undertook an inspection of the above mentioned vehicle in order to authenticate it as being a Mk1 Morris Mini Cooper S. Thus, following my inspect of the vehicle I make the following observations on it:

The bodyshell appeared to be that of a 1964 MK1 Mini Cooper S which was evidenced by the following features:

2. The rear window fitted to the subject vehicle is that of the smaller Mk1 variety indicating that the bodyshell rear window aperture must be that of a Mk1 Mini and not a later Mk2 model which would have had a larger rear window and respective aperture. Additionally, the rear side opening windows were of the Mk1 Mini ‘Piano’ hinged type. The original glass has appropriate markings etched into it by the manufacture thus allowing it to be dated to a quarter and year of manufacture. I can thus confirm that the glass installed in the subject vehicle is dated as follows: The two o/s driver’s door windows are dated the second quarter of 1967 and the second quarter 1963 respectively. Obviously one of the two glass sections has been replaced by a later pane of glass. The o/s driver’s side rear opening window is dated to the third quarter of 1963 and the passenger’s n/s rear opening window is dated to the second quarter of 1963. The rear window is dated to the third quarter of 1963. The front windscreen was a much later replacement glass. The dates on the majority of the glass fitted on the subject vehicle sit in line with the build date of it and so provide justifiable corroboration as to the build date of the said car.

3. The rear light clusters fitted to the subject vehicle were consistent with the style of those fitted by the factory to Mk1 Minis and Coopers. Larger light clusters were fitted to Mk2 Minis from their introduction in 1967 as well as subsequent models too. This entailed the manufacturer having to re-tool panel pressing equipment in order to create the larger holes required within the rear exterior panel of the cars to allow fitment of the larger light units within the bodyshell.

5. The subject vehicle did not have a second right hand petrol tank fitted in the boot which would be correct for a vehicle built in 1964, albeit that a second tank was available as a factory fitted option at the time if a customer stipulated one when ordering a new car. Ultimately, relatively few Cooper S cars were ever fitted with them as a factory fitted optional extra. However, they subsequently became a standard factory fitment in January 1966.

1. I undertook a visual inspection of the engine within the subject vehicle and also studied a number of photographs taken of the unit when it was removed from the vehicle and disassembled to be overhauled by the previous owner. I can therefore confirm that the engine block was clearly a ‘thin flange’ 1275 Cooper S one as it had the correct casting number of AEG 312 visible on it. Therefore, this engine would be consistent with being from a Mini Cooper S of 1964 vintage.

1. The transmission in all classic Minis takes the form of a transversely mounted gearbox beneath the engine. The gearboxes have numbers cast in them allowing for identification of a particular unit. In the case of the gearbox fitted in the subject vehicle the casing number was 22G1128. This confirms the gearbox to be a 4 synchromesh unit which is a second generation gearbox and originally factory fitted in Mk2 Minis, Coopers and Cooper Ss from approximately 1967. The subject vehicle would have been fitted with a 3 synchromesh gearbox when manufactured however, early gearboxes were prone to failure as well as not being user friendly in that they did not have a synchromeshed 1“ gear which meant the driver
had to stop the vehicle in order to engage 1 gear. Hence, many owners of earlier cars without 1° gear synchromesh installed the 22G1128 type gearbox for ease of use and reliability.

Therefore, in my opinion, the vehicle I inspected appeared to be a Mk1 Morris Mini Cooper S manufactured in the latter part of 1964, possibly in October of that year when taking into account all the features of the subject vehicle detailed above.

Finally, I can confirm that the vehicle is a true reflection of the marque and has been restored very close to standard factory specification, retaining and utilising where possible, all major genuine period correct components that were over 25 years old.